Hi,Just a new member here trying out all the areas of the site....... 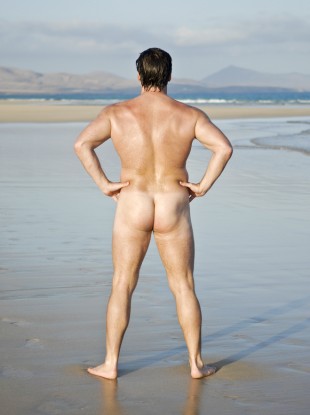 The World's Best Naturist Photo (well, according to my rules).

Some naturist photos seem to have a certain magic touch that can pull you in to the world of naturism with a glance and set your mind racing with possibilities. Maybe it reminds you of times you've had or times you wish you'd had. These special photos seem to be few and far between. So I decided to create a simple "Ten Point Checklist" list that I mentally compared photos to whenever I saw one.

Ever heard of a graphics artist named Tom Poulton?

According to Wikipedia, ( https://en.wikipedia.org/wiki/Tom_Poulton ) Tom Poulton (1897–1963) was a British magazine and medical illustrator who provided artwork for a range of publications including the British Journal of Surgery and The Radio Times. After his death it was discovered that he had also secretly produced hundreds of sketches and finished drawings of men and women engaged in a wide range of uninhibited sexual activity.

i have a 19 hour stop-off in Hong Kong next Saturday 2nd Feb, i was wondering if anybody knows of anywhere naturist where i could spend a couple of hours, i have checked out a few saunas so if all else fails i can spend some time there, but even though this is China we are talking about, i was hoping there would be somewhere more social naturist.
i can't even see any naturist hotels can anybody guide this weary traveller or at least point him in the direction of a decent internet search

Explored a new ramble yesterday - breeze was a bit icy but the sun was out and keeping up a good pace kept me warm enough. Did eight miles on a circular route, and apart from the first and last mile all of it could be done naked. Only saw one other person, someone working in the woods a way off who probably saw me but nothing was said or done. Be nice to do it again in the warmer weather when I can stop and enjoy a picnic!Got another new route planned for next week if the weather stays dry - don't mind cloud or cold but rain makes for miserable hiking.

I came late to body piercing ( in my late 50s ) a year or two before I self pierced my nipples and had the internet, i considered getting a foreskin piercing and contacted my nearest piercer,only to be told he didn't do genital piercing and that I would need to find piercer that did,months later I was connected to the internet and googled piercings from then on was hooked.

I have just got home from a bike ride down to Studland beach, what a great place to start my new venture of being clothes free in public.
This is the first official naturist beach I have visited, I have been too Little Hampton (nice but no access to the water front) and Eastney (but it rained), I also went to Shoreham beach but couldn’t see any singe of nudist there and to be honest the waster looked pretty rank & there was a nasty, dusty industrial estate just yards away.

After this past few weeks it was such a pleasure to have some rain today, I was at home catching up with some paperwork and the heavens opened, I was already sitting around clothes free trying to get cool when it started, so I walked out into the garden and soaked up the lovely cool rain, it felt so good running down my body cooling me off with slight splashes of intense pleasure as larger drops fell on me. I laid down on the decking looking up at the darkening sky's and for the first time in weeks I felt cool.

I didn't think it was going to happen. But the weather forcast said 'sunny' temperature said 11c but will feel cooler. So I thought what the hell, so I rode to Downderry, parked up and made my way to the nude beach, it felt cool and breezy. But as I got down to the beach, it suddenly felt warmer, the wind direction was south westerly, but the rocks cut it off. Just leaving glorious sunshine and blue sky. I stripped off and stood up, I was warm, lovely and yes warm. I was the only person there, but everybody elses loss!

Anyone in North Wales or North West England planning a trip to Morfa Dyffryn,Wales this Summer

Any Nudists ever visit North Wales

For those that don't know, this was a camping weekend in Mabie Forest in Dumfries organised by BN's Scottish & northern England region. The campsite website is www.marthrownofmabie.com It is described by some reviews as basic so I was a little wary as to what I'd find but I needn't have been concerned - the facilities were far from basic. In fact I'd say they were better than I'd seen anywhere else. I opted for the on-site catering but there were cooking facilities at the campsite.

Today, despite a lack of sunshine, I have enjoyed a naked walk along the Saxon Shore Way between Seaslater and Faversham. Had to don shorts very briefly to pass a birdwatcher but managed about 3miles as nature intended.

Anyone in the Kent area done this?